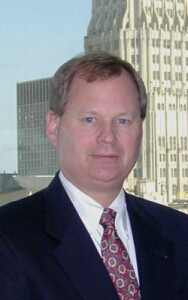 has over 40 years of experience dealing with Customs and trade issues. He is admitted to the Illinois Bar, the U.S. Court of International Trade, the U.S. Court of Appeals for the Federal Circuit, the U.S. District Court for Northern Illinois and the U.S. Court of Appeals for the Seventh Circuit. He received his BA from Wake Forest University, his JD from the Illinois Institute of Technology / Chicago - Kent College of Law, and participated in a graduate program in International Legal Studies based in Salzburg, Austria in conjunction with the University of the Pacific, McGeorge School of Law, European Programs. He served as Honorary Consul General for Norway to Chicago and Illinois for 20 years and is a principal in The Anderson Law Firm, LLC. The law firm practices in the area of Customs and related international trade matters.

Paul served as President of the International Trade Association of Greater Chicago (ITAGC) from 2004 - 2011 and is currently Senior Vice-President of that organization. He is the immediate past President of the Norwegian -American Chamber of Commerce in Chicago and currently serves on its board of directors. He has been active in numerous Norwegian organizations in the Chicago area. In 2005 he was awarded Knight First Class, Royal Norwegian Order of Merit by King Harald V. In 2011 he was conferred the rank of Commander, Royal Norwegian Order of Merit.

Mr. Anderson has been a member of the Chicago, Illinois State, American and Customs and International Trade (CITBA) Bar Associations. He has acted as a resource and has lectured for numerous additional groups such as the Chicago International Trade Commissioners Association (CITCA), the Customs Brokers and Freight Forwarders Association of Greater Chicago, and a wide variety of country-based trade commissions in Chicago and nationally. He has lectured on a wide array of topics pertaining to Customs and international trade matters including tariff classification, inter-company transfer pricing, country of origin issues, Foreign Trade Zones, penalty cases, NAFTA (USMCA), and issues pertaining to Customhouse Brokers. Paul is a past chairman of the Customs and U.S. Trade Law Committee of the Chicago Bar Association. He also was named as a “Leading American Attorney” in Illinois in the field of Customs and international trade.

Paul has been an officer or director in numerous trade groups through the years including the Mid-America Swedish Trade Association, the Canadian Club of Chicago and numerous Scandinavian-related Chambers of Commerce. He has also been a member of Milwaukee World Trade Association, the West Michigan World Trade Association and a past co-chair of the Western Europe Special Interest Group of the Executive’s Club of Chicago. Paul also served on the Executive Committee of the Chicago Consular Corps as second vice-president for several terms.